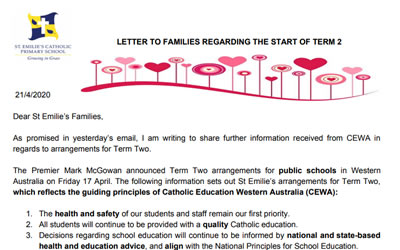 As promised in yesterday’s email, I am writing to share further information received from CEWA in regards to arrangements for Term Two.